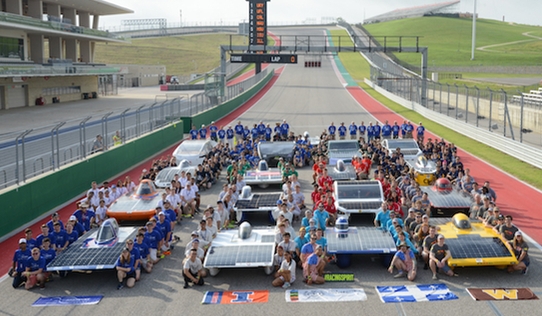 The American Solar Challenge (ASC) is a solar car race across the United States. In the race, teams from colleges and universities throughout the world design, build, test, and race solar-powered vehicles in a long distance 1,500 to 2,000 mile road rally-style event. Additionally, the Formula Sun Grand Prix (FSGP) is a track event that tests the limits of the solar race cars vis-à-vis performance, braking, and acceleration. The strategy used during the three day event is different than the cross-country race.

One of the participating schools was Principia College, a small liberal arts college located in Illinois along the banks of the Mississippi river. In 2016, Aspen Systems sponsored and donated a Liquid Chiller Module (LCM-600) for use in their RA10 race car; and, Aspen will be supporting their new electric vehicle, the RA11. Last year, the FSGP was held at the Circuit of the Americas in Austin, Texas, where Team Principia placed second overall and won the Electrical Engineering Design Award.

How did a liberal arts college perform so well on the race track against engineering powerhouses such as MIT, Michigan and Stanford? We talked with the team advisor, Professor Brian Kamusinga. “Innovation and reliability. It’s hard to win a race when you are pulled over on the side of the road. The main battery pack is at its most efficient at around to 30 degrees Celsius. The events are in the summer and typically in the south, ambient temperatures on the road can reach over 40 Celsius. Prior to using active cooling from Aspen Systems, the battery bay and power electronics would get hot quite quickly. Once the temperature reaches 45 degrees Celsius, due to battery safety constraints, we would have diminished use of our battery pack and would occasionally have to stop racing and hope that the battery cools down rapidly,” Brian said. 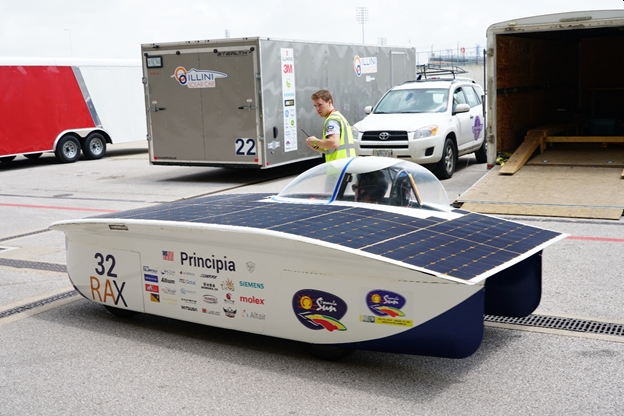 He added, “We adapted the Aspen LCM by supplying chilled water to a finned heat exchanger with a fan to blow cold air across the batteries and other electronics. It worked such that we didn’t experience an over-temperature shut down. That year, 2016, we had our best showing where we placed second in the FSGP.”

Team Principia builds a new car every three years allowing the students to participate in the design, building, testing and optimization during a four year program. For 2021, the rally race will start in Independence, Missouri and finish in Santa Fe, New Mexico. The Grand Prix will be held at the Heartland Motorsports Park in Topeka, Kansas.

“Currently we are in the design and construction stage of our 11th car and are looking for closer integration between the LCM and our other electrical systems,” Brian noted. “We will be positioning a new Aspen Systems LCM into the electronics bay. Instead of air cooling, we’ll use the Aspen liquid chiller module to cool a non-aqueous engineered fluid, which will flow through a compartment where the battery pack and some power electronics are immersed in the fluid. The direct liquid cooling should offer a number of benefits including higher efficiency, uniform cooling and smaller size,” Brian explained.

Here, at Team Aspen, we are cheering on Team Principia for their victory lap! 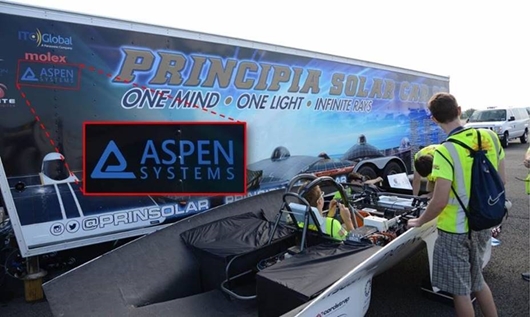